Compared with lithium-ion batteries, lithium metal batteries have higher energy density, faster charging and lighter weight, but their commercial applications have been limited, one of the main reasons is the problem of dendrite growth.According to foreign media reports, Stanford University (Stanford University) conducted new research to explore the problem of dendrites from a theoretical perspective, opening the way to make better and safer lithium metal batteries. 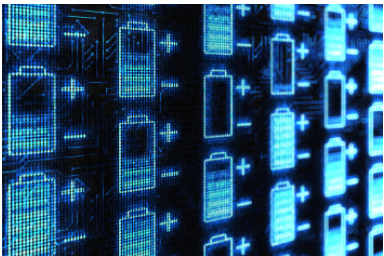 Researchers at the university have developed a mathematical model that integrates the physical and chemical processes that form dendrites.The model shows that replacing a new electrolyte with certain properties can slow or even completely stop dendrite growth.Lithium ions move between the two electrodes of the battery through the electrolyte.The research aims to guide the design of lithium metal batteries with longer lifespans, the researchers said.

To understand why dendrites form, the researchers developed mathematical expressions for the electric field inside the battery and the transport of lithium ions through the electrolyte material, among other related mechanisms.

With the results of this study, researchers can focus on (physically) rational materials and building combinations."Other researchers can build on this to design devices with appropriate properties and reduce the number of trial-and-error experiments in the laboratory, as well as the range of experimental variation," says researcher Hamdi Tchelepi.

Specifically, this research hopes to realize new electrolyte design strategies, including the pursuit of anisotropy of materials, that is, exhibiting different properties in different directions.Using anisotropic electrolytes, the complex interplay between ion transport and interfacial chemistry can be fine-tuned to prevent dendrite formation.Some liquid crystals and gels show similar properties, the researchers noted.

Another approach the study found focuses on battery separators, films that prevent electrodes from contacting and shorting across the battery's ends.By designing novel separators with pore features, lithium ions can be transported to and from the electrolyte in an anisotropic manner.

The team hopes that other researchers will follow up on the "clues" found in this study.The next step will be to fabricate and test real devices based on experimental new electrolyte formulations and battery architectures to verify their effectiveness, scalability and cost.