Why did many institutions lower NIO's target price?

Industry insiders told Gasgoo that many institutions lowered the target price of NIO’s U.S. stocks for the following reasons: First, the sales ranking of new forces fell significantly; second,Q1 performance was not as good as Xiaopeng’s, ideal and bright; third, ES7 new models Not enough highlights.

Entering2022, Weilai has not maintained the high-fold growth of sales in the previous two years.Among the new forces, Weilai’s sales ranking has dropped to fifth place, and has been overtaken by Xiaopeng, Ideal, Nezha and Leapao.From January to May this year, NIO’s cumulative sales volume was 37,900 units, a year-on-year increase of 11.8%, far lower than the overall growth rate ofnew energypassenger vehicles (113.4%).

In May, NIO sold 7,024 vehicles, a year-on-year increase of 4.6%, while the sales volume of Xiaopeng and Ideal in the same period exceeded 10,000 units. Except for Xiaopeng (78.3%), the other three car companies increased by more than one year-on-year. times. 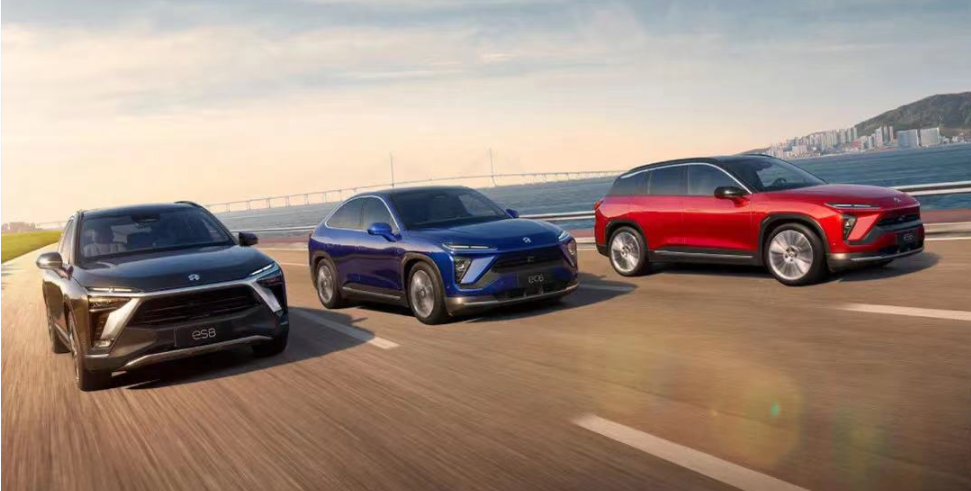 NIO's delivery has been low in recent months, on the one hand, it is affected by the epidemic.But on the other hand, it may be related to the decline in the competitiveness of the products currently sold.SomeES8 owners said that the OTA update iteration speed is slow and expensive, and the logic of the car-machine interaction system is slightly disordered.For car problems reported by car owners, Weilai has become less efficient in solving them.

High-quality service and battery replacement (solving battery life anxiety) have made Weilai, but strong product strength is the foundation of survival.

The newES7 model released by Weilai recently, in the eyes of industry insiders, is not as good as the Xiaopeng G9 and the ideal L9 in terms of attention and competitiveness.In terms of hardware configuration, the three models are not much different, and will be equipped with intelligent assisted driving chips, lidar, millimeter-wave radar, multiple ultrasonic radars, and several megapixel cameras.

The difference is thatthe NAD intelligent driving assistance system of the NIO ES7 is a subscription system, while the ideal L9 and Xiaopeng G9 are standard.In terms of styling design,NIO ES7 is basically the same as ES6/ES8, which lacks freshness for users.In terms of detailed design, industry insiders believe that the ideal L9 directly hits the pain points of home users, such as being equipped with a rear table board, a rear display screen, and a small refrigerator.

In the third quarter of this year, thethree products of NIO ES7, Xpeng G9 and Ideal L9 will meet in thenew energy vehiclemarket.Among them, NIO ES7 and Ideal L9 both target the 400,000+ high-end electric vehicle market.An industry insider said that "ES7 (competitive) pressure is not small."In the case of the same focus on intelligence, and the strength gap is not large, the ideal L9 may rely on the detailed design to dominate.

Comparingthe 2022 Q1 financial reports of the three "Weixiaoli" companies, the ideal is also slightly better.Although Weilai Q1 has the highest revenue (9.91 billion yuan), it also has the highest net loss.Weilai’s net loss in the first quarter reached 1.78 billion yuan, while the ideal has narrowed to 11 million yuan.

Also afterthe release of "Weixiaoli" Q1 results, many institutions began to adjust the target prices of the three car companies.Compared with Weilai's target price, it is more likely to be lowered, while Xiaopeng and Ideal are mostly raised.However, the car is a marathon competition, and the competition in the new energy vehicle market has not yet entered the white-hot stage.NIO will also launch new models such as ET5 and ET7 in the future, and will launch a popular brand for less than 300,000. Its strength should not be underestimated.

Therefore, although many institutions lowered the target price of Weilai, they maintained the buy rating of Weilai.Citibank analystJeff Chungpredictsthat the total return of NIO shares is as high as98%.