The epidemic since March has disrupted the production rhythm of the national auto industry, especially in the Yangtze River Delta region.Data from the Gasgoo Automotive Research Instituteshows that in April and May, the terminal sales of new energy vehicles (mainly referring to passenger cars) in cities changed significantly. Shanghai dropped out of the top 50 from one place, and Suzhou’s experience was more like a “roller coaster”, ranking from No. 1 in the past three months. 7 fell to 22 and then rose to 7th, while cities such as Foshan and Chengdu rose significantly in the rankings. 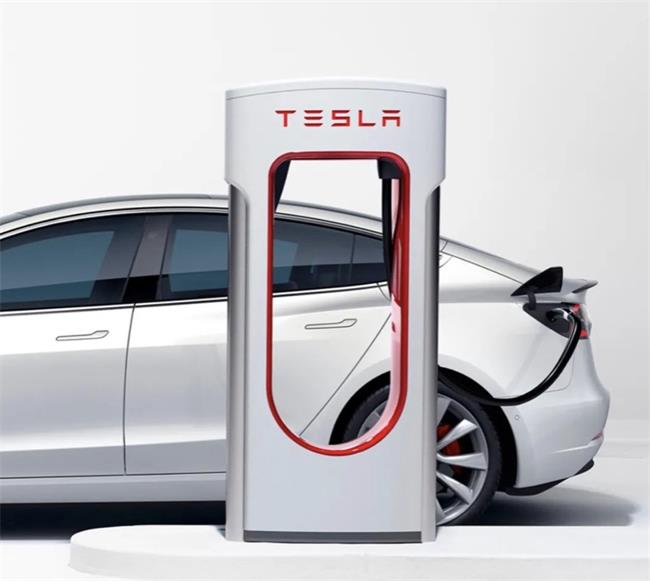 Shanghai falls out of top

In the ranking of new energy vehicle terminal sales in cities in May, Shanghai dropped out of the top 50, Suzhou rose to seventh place, Shenzhen topped the list again after April, and Chengdu remained at third place.

Suzhou is a frequent visitor to the city's top 10 new energy vehicle terminal sales in 2021.In 2020, Suzhou ranked 13th with 10,000 vehicles.In addition to Suzhou, Chengdu and Foshan have achieved a high multiple growth in sales of new energy vehicles after more than a year of development.In the first five months of this year, Chengdu's cumulative terminal sales (55,000 units) were three times that of 2020 (18,000 units).The cumulative terminal sales of Foshan in the first five months reached 37,000 units, nearly ten times that of 2020 (4,100 units).The rankings of the two major cities also rose from the 8th and 29th places that year to the 3rd and 12th places respectively.

The ones who were squeezed out were Liuzhou and Beijing.Among them, Liuzhou's new energy vehicle terminal sales ranking has fallen the most. In 2020, it ranked 9th with 15,000 vehicles, but it has dropped to 32nd in May this year.Beijing dropped from 2nd in 2020 to 5th.The reason is that compared with other cities, the sales growth of new energy vehicles in cities such as Beijing and Liuzhou is slow.For example, the terminal sales of new energy vehicles in Beijing in 2021 will be 125,000 units, a year-on-year increase of 113.6%, while the growth rates of cities such as Shanghai, Shenzhen, and Guangzhou in the same period have exceeded 2 times, and the growth rates of Chengdu and Zhengzhou have exceeded 4 times. Foshan is as high as 7 times. times.

Entering 2022, the oil price has continued to rise (it has risen for ten consecutive years). At present, the oil price of No. 95 in many places has exceeded the 10 yuan mark, prompting some consumers to lean towards electric vehicles.Some institutions said that high oil prices caused consumers to switch to electric vehicles and the proportion of the impact reached 20%.The new energy vehicle market has performed strongly this year. According to data from the China Automobile Association, the cumulative terminal sales of new energy passenger vehicles from January to May reached 1.915 million units, a year-on-year increase of 113.4% and a market share of over 20%.

First-tier cities are still the main force for the growth of new energy vehicle terminal sales. In the first quarter of this year, except for Shanghai, the other 18 cities maintained high growth. Among them, some non-restricted cities such as Chengdu, Chongqing, and Foshan doubled the growth rate in the same period, achieving a breakthrough of 10,000 vehicles. .From the rise of non-restricted cities, it can be seen that in recent years, driven by multiple factors such as policy promotion, gradual improvement of supporting facilities, entry of car companies to enrich product categories, and enhanced consumer awareness of environmental protection, the previous pattern of restricted cities being the main force of new energy vehicle consumption is being broken. .

Among the non-restricted cities, the terminal sales of new energy vehicles in Chengdu overwhelmed Guangzhou, Beijing and other restricted cities.Analysts from Gasgoo Automotive Research Institute said that as a provincial capital city, Chengdu has high per capita disposable income and strong purchasing power, and has a relatively complete layout of the new energy vehicle industry.The data shows that by the end of 2021, Chengdu has more than 5.7 million cars, ranking second in the country; a total of 61,000 charging piles have been built (some residents' self-use charging piles are not included in the statistical scope), and 1,413 charging and swapping stations. "3.9:1.It can be said that Chengdu consumers do not have much worries about purchasing new energy vehicles.

The sales of new energy vehicles in various cities have risen, and the most intuitive change is the increase in penetration rate.

The penetration rate of first-tier cities is not as good as that of third-tier cities?

Zhang Xiang, dean of the New Energy Vehicle Technology Research Institute of Jiangxi New Energy Technology Vocational College, said that the promotion of policies is the main reason for the increase in sales and penetration of new energy vehicles in many places.On this basis, there are two points of support: one is that the local financial budget is sufficient, which can provide continuous financial support for the development of new energy vehicles; the other is that local consumers have strong awareness of environmental protection and are willing to take the initiative to buy new energy vehicles.He believes that the third-tier and above cities in the east have economic and market advantages.

Combined with the comprehensive analysis of the terminal sales and penetration rate of new energy vehicles in various cities, the top two rankings are mostly third-tier cities and above. Except for purchase-restricted cities and provincial capital cities, the rest are mostly from cities with relatively strong economic strength in the east, such as Guangdong. Foshan, Zhejiang Ningbo, Wenzhou, etc.

Among them, Wenzhou beat first-tier cities such as Hangzhou and Guangzhou with a penetration rate of 42.83% of new energy vehicles.Zhang Xiang said that Wenzhou has relatively strong economic strength and can provide continuous financial support for the development of new energy vehicles.Wenzhou has been formulating support policies for the promotion and application of new energy vehicles since 2017, covering vehicle companies, auto parts companies, and terminal consumers, providing "real money" support.For example, for new energy taxis at the same level, a subsidy of 20,000 yuan per car will be given; for state-owned public parking lots and road parking spaces, new energy vehicles will be offered a 2-hour free parking fee for the first time on the day.

At present, the expansion of the private consumption market share of new energy vehicles in various cities is still inseparable from the strong support of policies.The third-tier and above cities in the east coast have stronger economic strength, and consumers have high environmental awareness and strong purchasing power, which means that they will occupy the development advantages of the new energy vehicle industry for a long time and will become the main force for sales growth. military.