The "Tsundere" ultra-luxury brand bows its head to electrification

The collective anxiety of ultra-luxury car brands, circa 2020.At that time, the Brexit pressure and the raging new crown epidemic set off a new wave of layoffs in Europe, with ultra-luxury brands bearing the brunt.

For a long time, European ultra-luxury brands have been regarded as leaders in the industry. As a reference for latecomers, they have outlined the most advanced evolution trends and car-making logic for the industry in comparisons and collisions with competitors.However, these car brands, which were the most valuable in the past, are now struggling to survive in the whirlpool of internal and external troubles, and are groping for the direction to move forward under pressure. 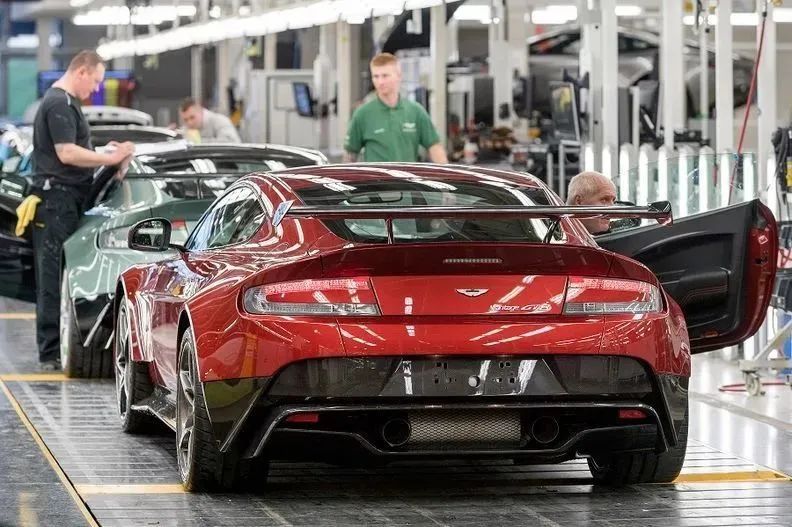 The established ultra-luxury automakers are also faced with a shortage of cash flow and the transformation of the "new four modernizations".In the two years ofelectrificationtransformation and the top of the epidemic, well-known ultra-luxury brand players seem to have encountered bottlenecks. Whether it is layoffs or cost reduction plans, the biggest commonality is that everyone’s cash flow is more or less. something is wrong.

But on the other hand, if you really want to take the pulse of these ultra-luxury brands that have fallen into a bottleneck, then the commonality of European ancestry is not only the endorsement of their once brilliant rise, but also a weakness that is now gradually declining.

The end of the fuel age

The hardest part is the cash flow problem.

Take Aston Martin, which took on $150 million in debt in 2019, hit by falling demand in Europe, the Middle East and Africa, at a time when its core performance was mired in losses.However, short-term debt can only alleviate the urgent need for insufficient liquidity. The rating agency Standard & Poor's (S&P) once downgraded the company's credit rating from "B-" to "CCC+", considering its long-term debt scale and sustainable debt repayment cash. The interest burden has reached the ceiling.

In desperation, the only choice is to lay off staff. As part of a 10 million pound cost-cutting plan, Aston Martin announced in 2022 that it will cut up to 500 jobs, accounting for about 20% of the company's total workforce.

Other manufacturers are also short of money.

In the past, ultra-luxury car brands had high profits and mature business models. As long as the sales volume stabilized, the cash flow required for the company's operations would naturally be guaranteed, and the impact on the company's operating capital would naturally be great.It's just that when the risk comes, these money-burning projects will also face huge challenges in their ability to withstand the crisis.

It is also a special watershed in 2020. Bentley "voluntarily" laid off 1,000 employees at its British base, accounting for about a quarter of its total workforce, and the possibility of forced layoffs in the future is not ruled out.

The embarrassing status quo has virtually increased the difficulty of electrification transformation.The company revealed at that time that the previous electric vehicle plan would be postponed until 2026. Because of the epidemic, its core R&D and production were temporarily suspended, and the transformation plan had to be postponed.

McLaren has the same distress.

That year, McLaren also announced plans to cut 1,200 jobs, or 25% of its workforce, including those associated with its Formula One team (F1).As we all know in the industry, McLaren's F1 team is quite influential in the industry. According to the company's public data, the team currently has more than 800 employees, and this round of layoffs will affect about 70 people.

At about the same time, another ultra-luxury brand next door to the UK, Ferrari, ran out of money.Although the sales performance has been stable, its net income has also been affected by the decline in Maserati engine sales (Ferrari is Maserati's engine supplier, and Maserati's engine demand has declined due to the decline in Maserati vehicle sales), as well as the reduction in sponsorship revenue due to the suspension of F1 races. some degree of influence.

In the first two years, Aston Martin seems to have the most difficult days. In a horizontal comparison, ultra-luxury brands such as Bentley, Porsche, and Lamborghini belong to the Volkswagen Group camp. They are backed by a big tree, which can dilute the cost of electrification. Although Ferrari is relatively independent, but Stronger in its own right – the more independent it is for ultra-luxury brands, the harder it is, especially during this critical period of electrification.

The only way out for traditional giants

After the low point of 2020 and the hesitation of 2021, the ultra-luxury automakers have since embarked on a radical and determined transformation road.

Rolls-Royce, whose iconic V12 engine is slowly entering history, will launch its first pure electric model as early as 2024, according to a transformation plan announced by the brand.Likewise, 2030 will be another turning point for the brand, with all products including the Phantom, Ghost, and Cullinan being replaced by pure electric versions.

Porsche announced a radical and thorough transformation strategy at its fiscal 2021 conference. By 2030, 80% of the brand's total sales will be covered by pure electric models.To achieve this goal, Porsche plans to invest around 10 billion euros in electrification and digitalization by 2024, of which up to 90% will be used for electrification.

"High-cold" ultra-luxury players have begun to put down their posture to meet the challenge of transformation, but for most manufacturers, the biggest problem is how to maintain their inherent brand tonality in the electrified era, and the supercar's as always. Performance and other advantages and genes.

Ferrari's conspiracy, or a mirror.

After six months of vacancy at the top job, Ferrari finally ushered in a new head last year, CEO Benedetto Vigna's biggest mission is to lead the ultra-luxury automaker on a new journey towards electrification.Interestingly, Ferrari has always hoped to find a new head with a background in luxury goods, but in the end the company changed its traditional strategic thinking. Wigner is an expert in the field of technology. Previously, he worked in the sensor business of STMicroelectronics for a long time. department.

At the turning point of transformation, Ferrari chose to be led by chip experts. This is the latest signal to abandon tradition and make a complete transformation.

The ultra-luxury maker revealed to investors last week that pure electric and hybrid models will account for 80 percent of overall sales by 2030.According to the information released by Wigner, Ferrari will follow a principle in the transformation journey in the next few years-that is, when electrifying transformation, it also takes into account the performance and uniqueness of the product.

That is to say, the "soul" of the supercar cannot give up.

Like other ultra-luxury manufacturers, Ferrari's challenge is not only the high investment required for electrification transformation, but also to ensure the original brand tone and supercar genes in the new era, so as to attract more high-net-worth customers Pay for it.In order to maintain the unique handling, Ferrari also recently announced another news. All models of the brand, its automatic assisted driving capability is limited to the L2 level, which is a strategic choice made by Ferrari after comprehensively weighing the driving passion and the handling experience.

Ferrari also confirmed plans to launch its first all-electric sports car in 2025, announcing about 15 new models between 2023 and 2026.In order to win the new battle of electrification transformation, Ferrari also plans to jointly research the next generation of solid-state batteries with battery manufacturers, and will invest a total of 4.4 billion euros before 2026, most of which will be used for the research and development of new technologies.

A complete transformation is the only way out for the "Tsundere" ultra-luxury players.From the previous Brexit, to the new crown pneumonia, and then to the Russian-Ukrainian war, this series of major events and major turning points are ruthless "scalpels", they cut the epidermis of the European car manufacturer's giant elephant in an instant , to present the deepest and most real complex textures——

The bottlenecks encountered by ultra-luxury car brands in recent years, and the new way out for this, are just the biological stress response after the epidermis is cut open.