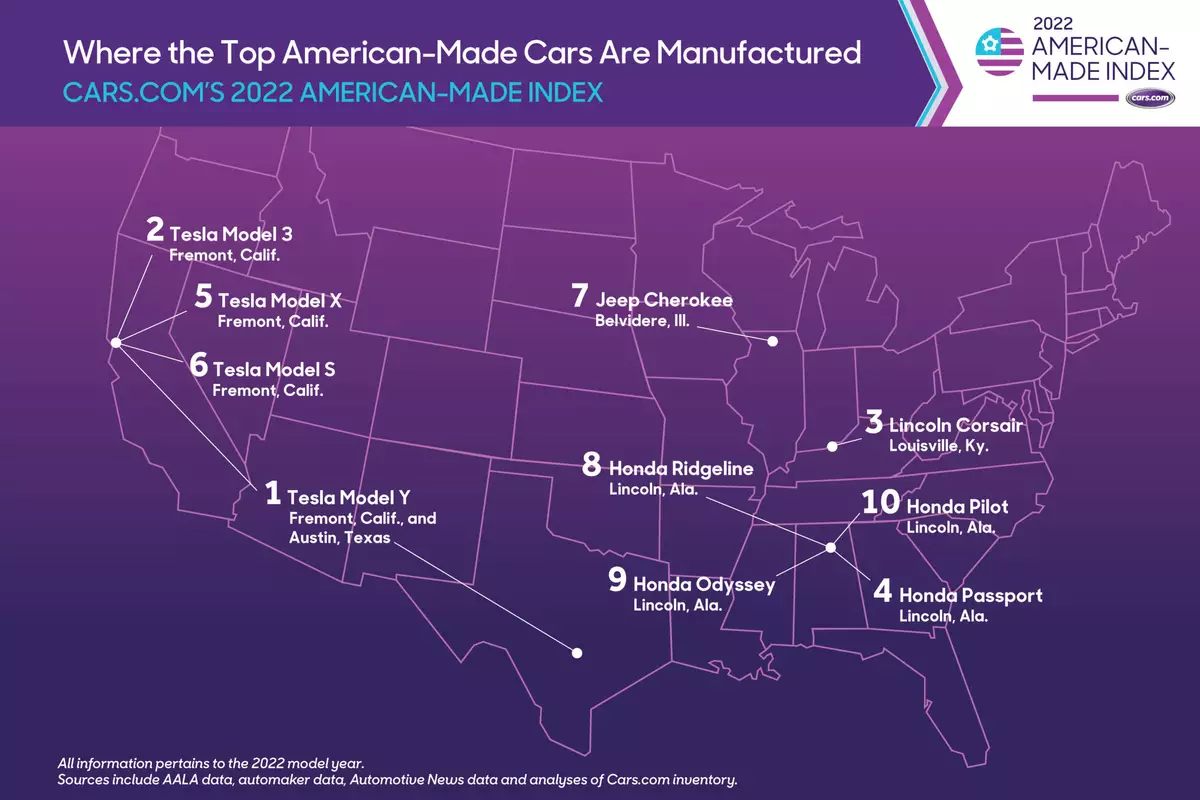 Cars.com editor-in-chief Jennifer Newman said the biggest highlight of this year's survey was Tesla's position on the list.This year, all four Tesla models made the top 10 list, with the Model Y taking the top spot.This is the second year in a row that Tesla has topped the index, but last year it was the Model 3 that took the top spot.

"This is the third time Tesla has participated in the AMI Index, and the first time all four vehicles have been included," Newman said. "The Model 3 is No. 2, the Model X is No. 5, and the Model S is No. 6."

In addition to Tesla, Honda also has four vehicles in the top 10, with the Passport at No. 4, which uses up to 75% US and Canadian parts; Ridgeline at No. 8, Odyssey at No. 8 At number 9, the Pilot came in at number 10.The car that has improved the most is the Lincoln Corsair, which ranked 64th on the index last year and jumped to No. 3 this year, largely because production of the model was shifted from Spain to the United States.