On June 22, the first electric network visited the Huawei store and learned that the Huawei HI version of the Extreme Fox Alpha S has entered the Huawei sales channel. The store is located in the Beijing Yintai Center. Version. 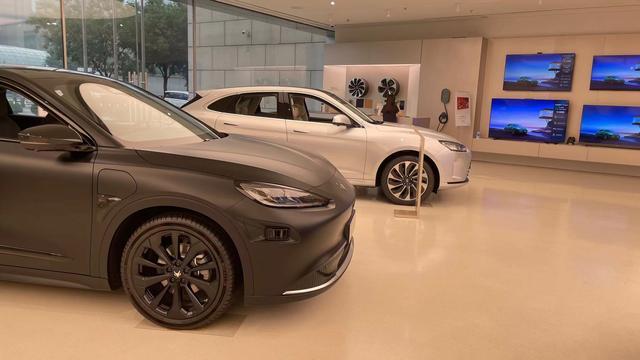 On June 20, Fan Jingtao, deputy general manager of BAIC Blue ValleyNew EnergyTechnology Co., Ltd., responded to investors' questions at the company's performance briefing, saying that the company and Huawei have been actively promoting the issue of entering Huawei's channels, but due to the Confidentiality agreements and other relevant provisions cannot be disclosed in detail at this time.

After a lapse of two days, we have seen that Jihu has settled in Huawei stores, which shows how active the speed of BAIC Blue Valley and Huawei is!

In August, the BETA version of the urban intelligent driving navigation assistance function (NCA) was first pushed to the users of the high-end version.Users in Shanghai and Shenzhen will first enjoy high-end smart driving based on high-precision maps.Premium version users in Shanghai will be the first to experience the Automatic Valet Parking (AVP).The high-speed intelligent cruise assist function (ICA) and the remote control parking function (RPA) have been "on the bus" one after another.

September will enter a large delivery period, Beijing and Guangzhou will unlock high-precision maps, and the Hongmeng smart cockpit will also be iteratively upgraded.