According to the data, Ruilan Automobile is a joint venture company established by Geely Automobile and Lifan Technology. It completed the industrial and commercial registration procedures on January 24 this year and obtained a business license issued by the Market Supervision and Administration Bureau of Liangjiang New Area in Chongqing, China. The full name is "Chongqing Ruilan". Automotive Technology Co., Ltd.".

This brand conference is the first time that Ruilan Automobile has appeared in front of C-end consumer groups since its establishment.Also through this conference, Ruilan officially announced its entry into thenew energy powerexchange track. 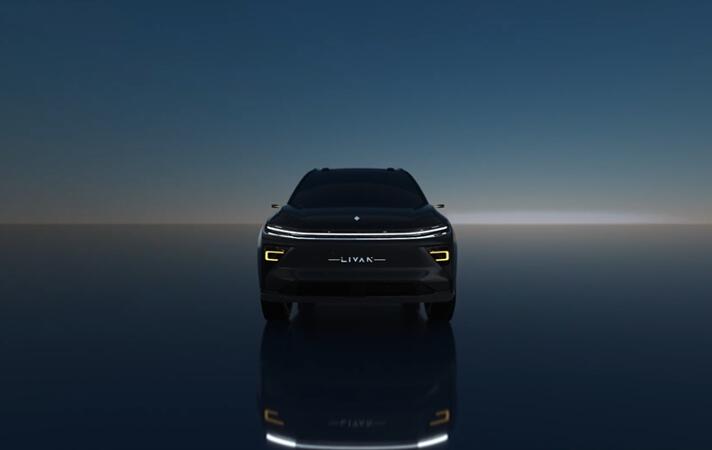 It is understood that before this conference, Ruilan Automobile has already made a layout in the B-side power exchange market.In April this year, Ruilan Auto and Cao Cao Travel officially signed a medium- and long-term strategic cooperation agreement in Chongqing.This time, the release of the new brand is mainly for the C-end market.

Faced with the current problem of energy replenishment innew energy vehicles, Lou Yuanfa, chairman and CEO of Ruilan Automobile, pointed out that "electricity replacement is the choice of the times and the direction of the future".He said that Ruilan Auto was born for battery replacement, and Ruilan Auto will rely on its technological advantages to accelerate its layout and strive to grow, and become a "popular battery-swappable light travel" that consumers can afford, drive and exchange in the new era. By".

He also said: "Replacement of electricity is not only about replacing the battery, but also a lifestyle of free travel. From 'time freedom' to 'physical and mental freedom', Ruilan Auto will help consumers get rid of the shackles of mileage anxiety and return people's freedom to freedom. The right to choose in life.”

Regarding the origin of the positioning of "electric vehicle replacement and light travel popularizer", Cai Jianjun, vice president of Ruilan Automobile and general manager of the sales company, gave a detailed introduction from multiple dimensions such as ecological construction, channel planning, and product layout.

He said: "Take the car as the link, the user as the foundation, and everything is connected to the car. Ruilan Auto is not only a manufacturer of battery-swapped cars, but we will also make efforts in multiple directions to open up the upstream and downstream industrial chains and build a recyclable one. Transform the power exchange ecosystem and contribute to the green upgrade of the entire automobile industry."

From the ecological level, Ruilan Auto takes people as the core and vehicles as the link. It is equipped with Ruilan Auto Super APP and Ruilan Power Exchange Open Platform, opens up online and offline service channels, and builds a recyclable integrated power exchange ecosystem;

From the product level, Ruilan Auto will rely on its self-developed technology to launch at least 6 battery-changing vehicles in the next three years to cover all models. Through the iterative upgrade of the multi-product matrix, it will continuously bring users a new experience of battery-changing travel. Contribute to the green upgrade of the new energy vehicle industry.

Cai Jianjun called the power exchange ecosystem of Ruilan Auto as "the infinite universe of intelligent power exchange", and said that " Ruilan Auto is willing to use smart travel to link the life of battery exchange, and empower users with services for a lifetime, from intelligent interconnection, intelligent service, and wisdom. Starting from multiple dimensions of life, we will create a comprehensive new user ecological network layout."

After determining the brand positioning of "the popularizer of battery replacement and light travel", Yang Quankai, vice president of Ruilan Automobile and dean of the research institute, started from the technical level, fully demonstrated the strong research and development capabilities of Ruilan brand, and established the industry standard for battery replacement. efforts made.

At the same time, the new generation of GBRC crystal architecture, that is, the all-in-one technology architecture covering the vehicle technology platform, the battery replacement and energy supplement platform, and the big data cloud platform, is the practice of Ruilan Automobile's "scenario-driven" intelligent thinking.

It is worth mentioning that at this conference, the first A-class Coupe SUV under the crystal architecture, Ruilan 7, was officially announced. The concept car will debut at the 2022 Chongqing International Auto Show, which opens on June 25, and will be mass-produced in 2023.

Relying on the intelligent collaboration between people, vehicles and stations established by big data, equipped with the overall chassis power exchange technology, and the second-generation power exchange and energy supplement technology that is ahead of the industry, Ruilan Automobile has created a collection of high modularity and high compatibility. , a new model of full-scenario, full-link new energy power exchange service that integrates high intelligence, high security, and high efficiency.It is believed that with the support of cutting-edge technology, complete ecology, and sound service model, Ruilan Auto will inject new power sources into the development of the new energy battery swap field, and will also collaborate with more industry brands to create an era of battery swapping and light travel.